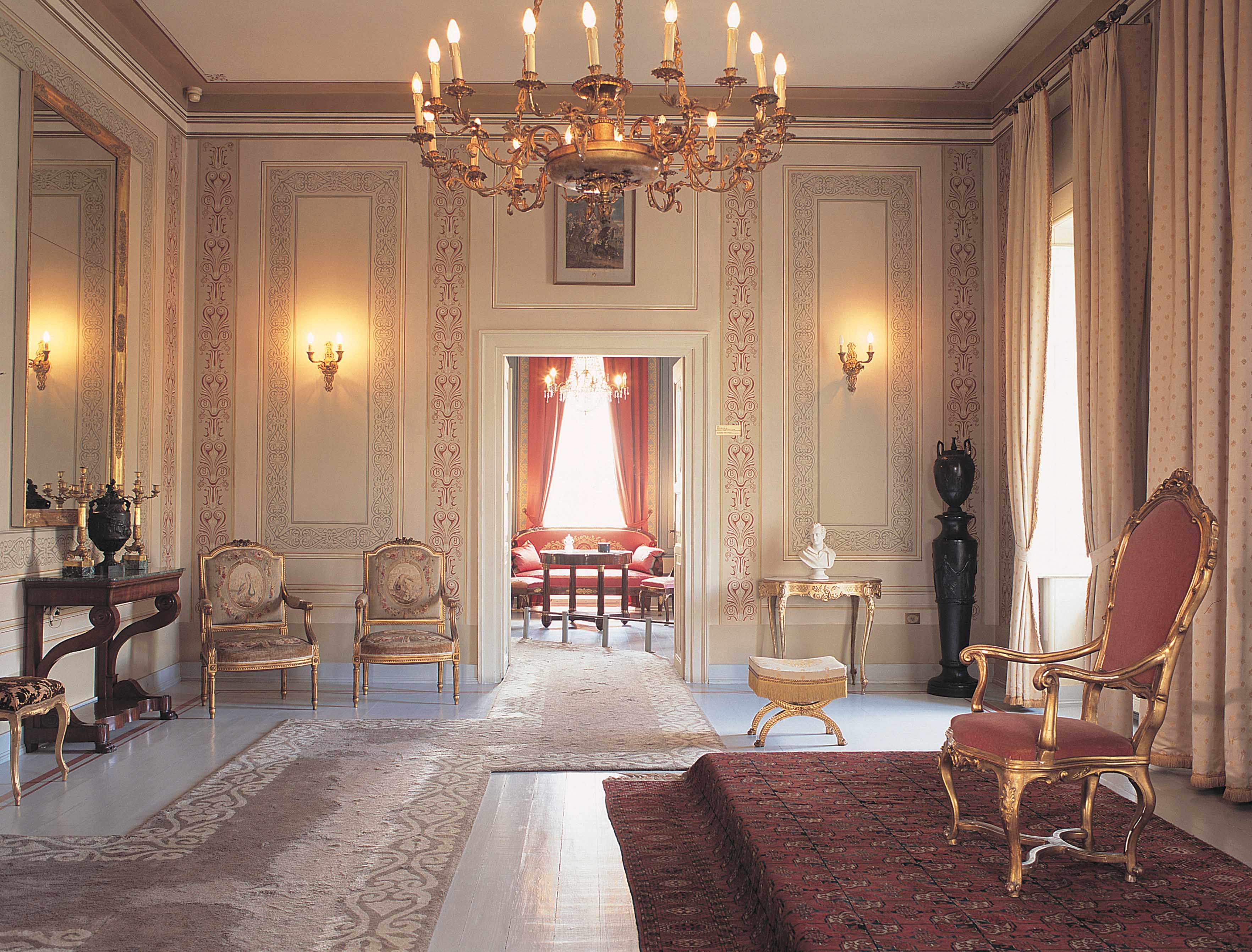 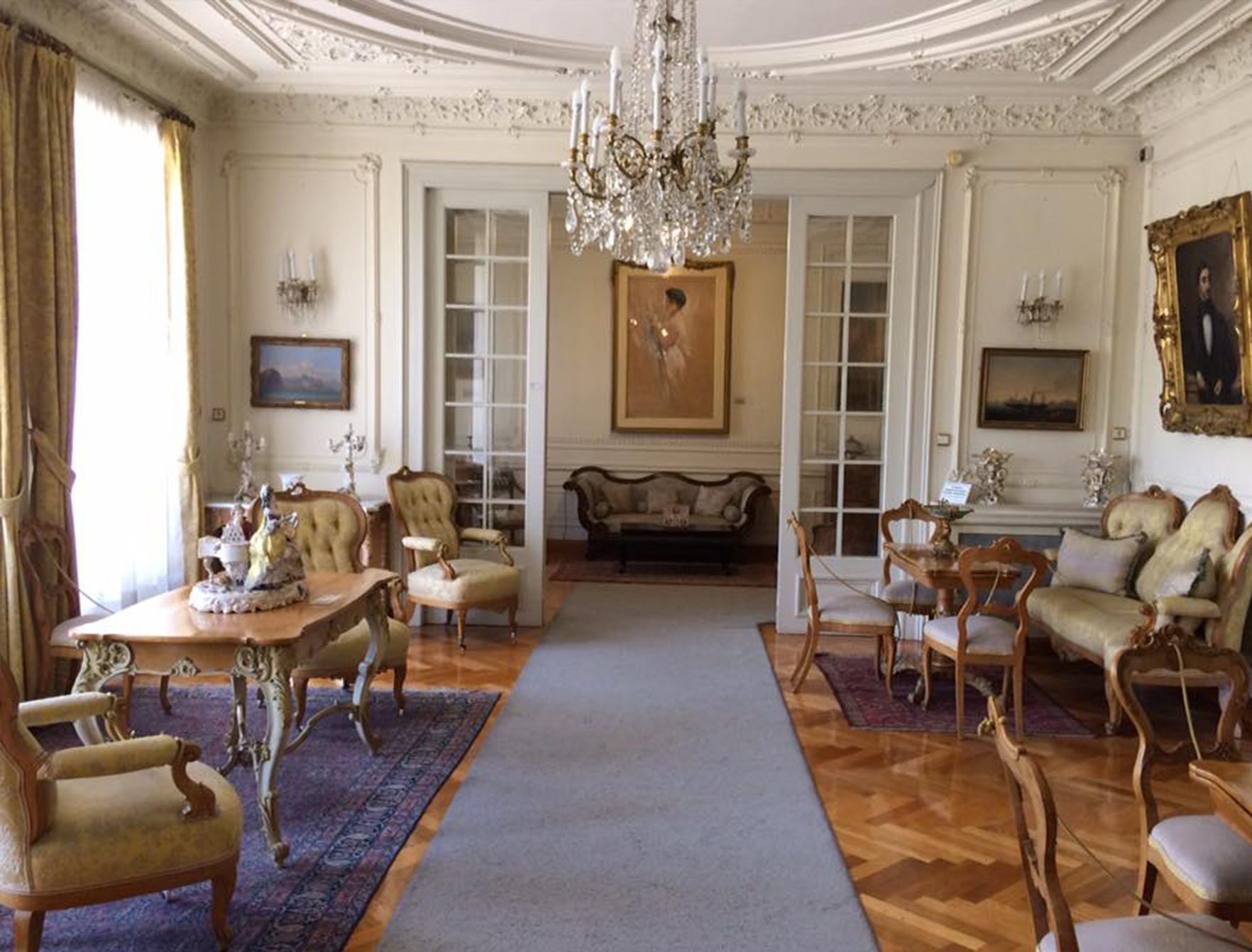 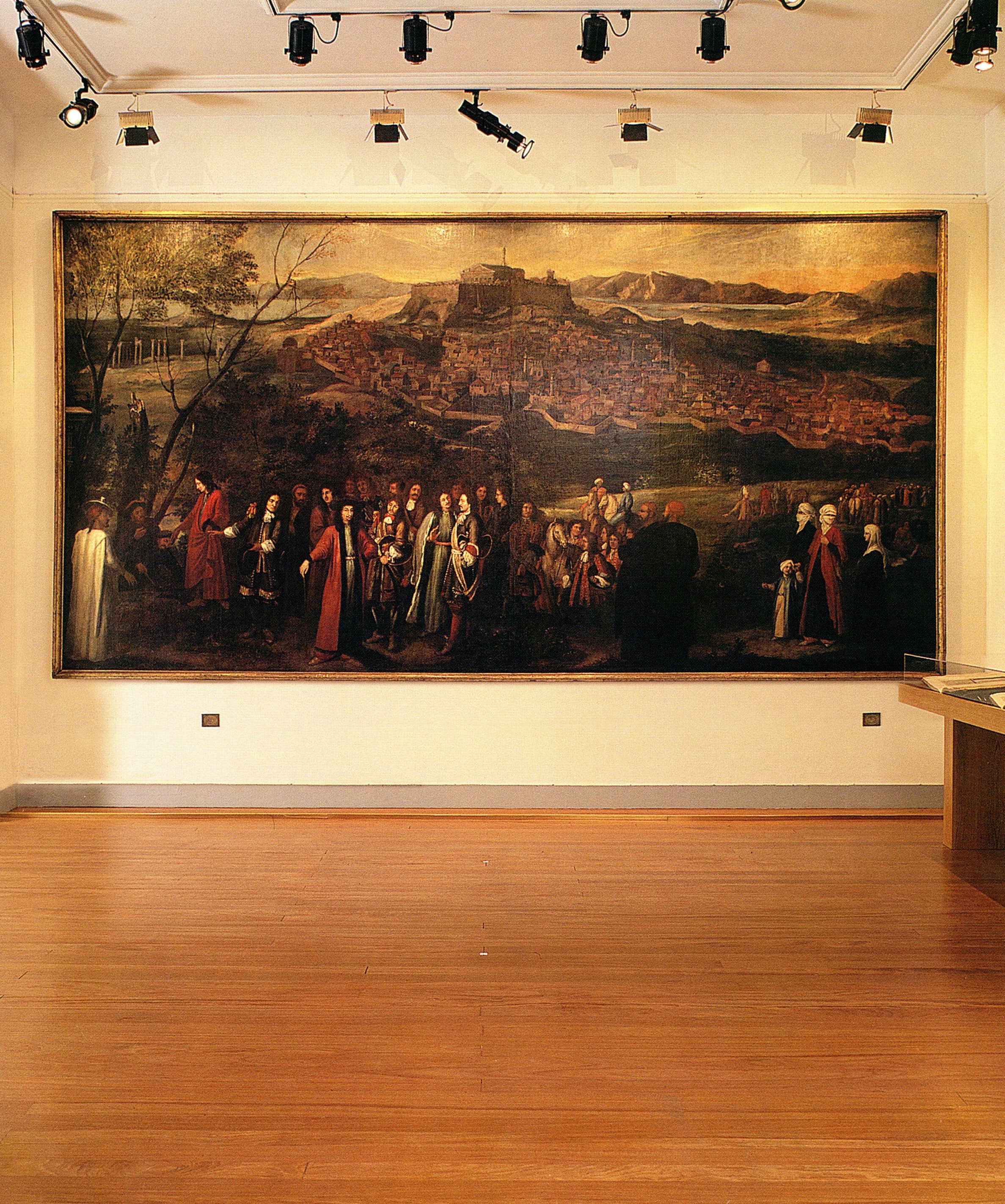 The Athens City Museum (Vouros-Eutaxias Foundation) is dedicated to the development of the city of Athens in modern times. It is housed in two of the capital´s oldest buildings at 5 and 7 Paparrigopoulou Str. The neoclassical house at no. 7, known as the “Old Palace”, belonged to Stamatios Dekozis-Vouros (1792-1881), a wealthy banker from Chios island. This old mansion is a milestone in the history of the Greek state, as it served as the residence for the first royal couple, King Otto and Queen Amalia (1836-1843), when the capital was moved to Athens . Consequently, together with the second house at no. 5, it hosted members of the Dekozis-Vouros family, including the founder of the museum, Greek politician and Arts patron Lambros Eftaxias. This ‘’first palace’’ has been well preserved and turned into the Athens City Museum in 1973. The Museum opened its doors to the public in 1980.

The construction of the neoclassical residence of Stamatios Dekozi-Vouros, commisioned to German architect Gustav-Adolf Lueders and Hungarian architect Joseph Hoffer, began in 1833 on the northern outskirts of 19th-century Athens; it was completed in 1834. The two-storey building, designed in early renaissance style, offers a direct testimony to the form of early Athenian classicism: the plain tripartite façade, the pilasters and their rectangular imposts on the upper level, along with the central balcony add vertical emphasis while the horizontal axis is emphasized by the horizontal crown moldings that run along the façade. Further to its high aesthetic value, the residence is connected with certain historical events.
Once King Otto arrived in Athens, he was hosted only for a few months at the house of a banker and politician Alexandros Contostavlos, in Kolokotronis Square, That building was destroyed by fire and a new one, the Old Parliament Building which today houses the National Historicαλ Museum, was erected in its place.. Although purchased by the Greek state, that wooden building was unsuitable even as a temporary royal residence, especially , after King Otto’s wedding with Amalia of Oldenburg in 1836. Thus, the royal couple moved to the mansion of Dekozis-Vouros which was rented along with the no longer existing adjacent houses of Afthoniadis and Mastronikola. All three buildings were connected via a covered bridge by the Bavarian military engineer Hoch, while the space stretching in front of them, today called ‘’Klafthmonos Square’’ was converted to a garden (by order of) Queen Amalia. Ultimately, the founding of two prestigious buildings, the Royal Mint and the Royal Press and Lithographic Workshop, in Klafthmonos Square and toward Stadiou Street respectively, in the same year, added to the prestige of the area.

The building at 5 Paparrigopoulou Str., designed by military engineer Gerasimos Metaxas, is a two-story residence, whose original façade has been significantly altered by later interventions. In 1916, a radical restoration was performed based on plans by Anastasios Helmis, in line with eclecticism, the dominant architectural style in Athens by the late 19th century.In 1950 both the Stamatios Dekozis-Vouros mansion and his son’s, Konstantinos, residence were renovated by architect Ioannis Travlos. This second building, the later one, an integral part of the City Museum of Athens, not only preserves the memories of the Dekozis-Vouros family, allowing visitors to find out more about the family’s history but also constitutes a fine example of a wealthy middle-class home and thus, of the 19th-century and early 20th-century urban lifestyle in Athens.