WOMEN IN THE GREEK REVOLUTION | GREEK WOMEN AND THE REVOLUTION 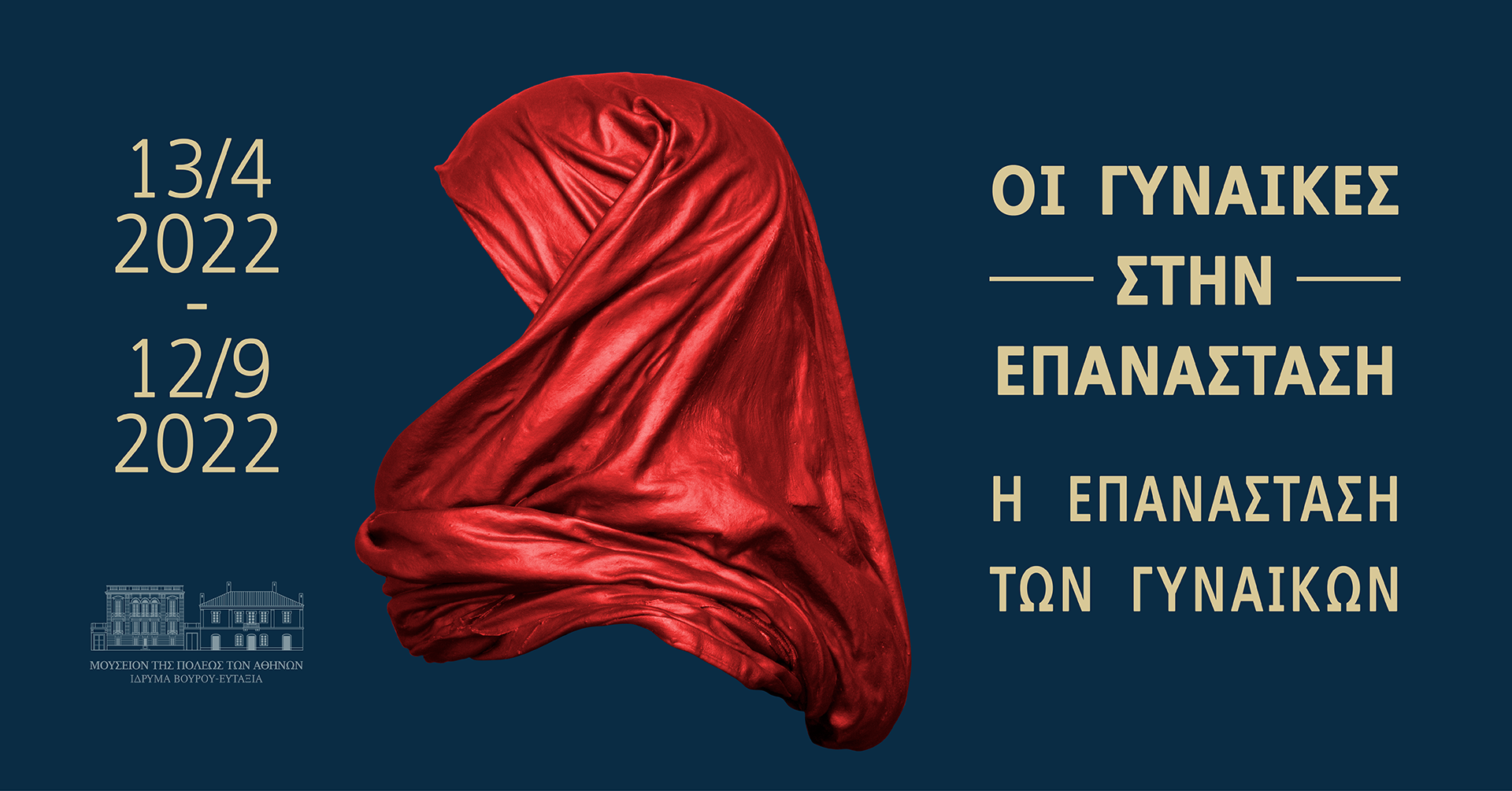 The ‘Athens City Museum‘ highlights the contribution of all the invisible heroines of the Greek Revolution, approaching their unrecognized action, through eight works of contemporary art. Inspired by selected, emblematic female figures of the revolution, such as that of Bouboulina or Manto Mavrogenous, the artists contrast the past with the present.
The original artworks of the exhibition, bring light to all those women, those important unknowns of yesterday, but also turn their gaze to the present, trying to highlight expressions of courage and perseverance in the societies of the early 21st century.

Elesa Antipa is a graduate of the department of Psychology at the National Kapodistrian University of Athens and a graduate of the Visual Arts Department at the Athens Scholl of Fine Arts, with teachers Angelos Antonopoulos and Panagiotis Charalambos. At the same time, she has been taught painting in the art group “Shmeio”, with teachers George Rorris and Kallia Triantafyllou. In May 2021 she held her first solo exhibition at the Athens Art Gallery.

Olga Mavrommati studied painting and sculpture at the Athens School of Fine Arts. From the first years of her studies she started working in the art field as a Graffiti Creator, but also as an assistant set designer. From 2016 until today she works as a storyboard artist in television and cinema.

Melina Mosland is a Greek-Norwegian artist. She graduated from the Athens School of Fine Arts and presented her first solo project entitled ‘Bloom in Progress’ in 2019. She has been awarded by RUYA MAPS while at the same time, she has participated in numerous exhibitions and festivals in Greece, Norway (Platform Nord) and Argentina (BIENALSUR).

Dionysios Pappas is a graduate of the Athens School of Fine Arts where he studied painting in the workshop of A. Antonopoulos while at the same time, he was involved in drawing, multimedia and digital art. In his artistic practice, he focuses mainly on the use of paper as a raw material. He has created works in the public space and has participated in numerous group art exhibitions in museums, galleries and educational institutes.

Lenia Platania graduated from the Athens School of Fine Arts, where she studied painting and engraving in the workshop of Michalis Arfaras. Creates realistic images with its own version of memento mori. Her works feature an aggressive nature that assimilates man, symbolizing the dipole of life and death.

Christina-Sylvia Simantira is a Greek-German artist, graduate of the A’ Painting Laboratory of the Athens School of Fine Arts with professors A. Antonopoulos and M. Merambeliotis. She has studied at the Kunsthochschule Berlin-Weissensee as a scholarship holder of the State Scholarship Foundation and has been awarded for her work by the Rosa Luxemburg Foundation in Greece. She has participated in exhibitions and activities in Greece and abroad.

Dimitra Fakarou studied Sociology at Panteion University of Social and Political Sciences and Fine Arts at the Athens School of Fine Arts, where she graduated in 2016. She expresses herself mainly in a hybrid style between an expressive geometry, expressionism and surrealism. She has participated in exhibitions in Greece and abroad (Istanbul, Egypt), while her works are already in private collections.

➛The entrance of the visitors is allowed only to those / those who show a valid vaccination certificate. Minors 7 to 14 years old can enter by showing a negative Self Test 24 hours. The certificates are displayed either printed or electronically via a mobile device to the Museum staff, which checks them electronically through the Covid Free GR application.

➛The use of a mask is mandatory throughout the visitor’s stay at the Museum.